Quality *IS* Important! (Believe It or Not)

Today's topic is one that is a lot like the weather:  Everybody talks about it, but nobody does anything. . . .

Toyota recalling zillions of cars, people afraid to eat eggs or peanut-butter because of some bizarre disease it's probably carrying.  Other manufacturers in hot pursuit of Toyota's massive recall record.  And so on.  You can hardly open a newspaper, (or go on-line), today without hearing about how something, somewhere, is causing untold grief.

Then, Matt Johnston over at uTest sent out a newsletter with the subject line: "Are Testers the Next Endangered Species?"

And WHY might "testers" be an "endangered species"?  Easy.  Most companies pay only lip-service, if that much, to the idea of actually producing a quality product.

To them, QA's job is to lick the development manager's boots, praise him to the sky, and be willing to take a beating whenever something goes wrong.

I've been looking for QA work for more than three years now - and I've seen many QA positions cross my inbox.  From the way the requirements for the position were written, it's easy to tell that they really don't want trained QA people, they want burned out developers.

So, in my humble opinion, the biggest threat to the software industry isn't the lack of COBOL programmers as one pundit put it, but rather the lackadaisical attitude that most companies, and most managers, take toward quality. 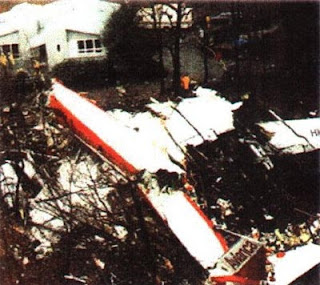 This is a picture taken in January of 1990 after an Avianca airliner crashed into a hillside in Cove Neck, Long Island after running out of fuel.  (See the source web page at http://www.airdisaster.com )  Experts say that better training for both the pilots and ground controllers would have likely eliminated this accident.  Wikipedia has an article about it HERE 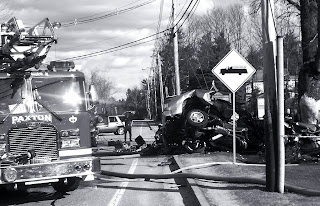 Here's another one.
Back on April 10th, (2010) one of the best people I ever knew smashes into a centuries-old oak tree in Spencer, Ma., travelling fast enough to absolutely obliterate the heavy-duty Toyota Tundra pickup he was driving.  A software glitch?  We'll never know, but Toyota was recalling Tundra pickups, including this one's model year, for "unexplained acceleration".  (Photo by Melissa Mckeon - The Landmark newspaper)

I could go on and on - these are ones from my own personal experience.  I was working for a company on Long Island that manufactured fuel systems for planes like this when the Avianca airliner crashed.  The man driving the truck was a good friend of mine, he never hesitated to offer a hand whenever needed.

I hate to break the bad news to you folks - take a look at those pictures again - quality DOES matter.  The "little details" DO matter.  Those little things that get swept under the rug in the name of "meeting deadlines" and "not slipping the schedule" DO have consequences.